...As mentioned above, the distance between exposures complicates possible readings and connections between works. Despite this, after visiting the different samples, we begin to discover the threads and relationships between artistic proposals. This allows us to connect the work of Puerto Rican Edra Soto, located in the courtyard of the Arsenal of La Puntilla [cover image], with the Peruvian Claudia Martinez Garay, exhibited at the University of Turabo. Both artists work from the construction of the symbolism of the flag.

National flags-symbols depicting the history, geography and culture of the peoples-are also patriotic references, which can both unite and separate groups. Martinez makes us reflect on how ideologies, nationalisms and wars have built nations and how they are perceived in the collective historical memory. Edra Soto Puerto Rican uses, like Martinez, loaded the flag as a symbol of political, geographical and historical connotation, and combines the use of flags of Puerto Rico and the United States. In Tropicalamerican (2014) makes analogies of meaning loaded with their own flags, made, initially, with materials that refer to the tropics, to the island, the Caribbean and geographical context. Use the green of palm leaves to create the typical geometric patterns in the making of hats, rugs and island souvenirs, then transform them digitally patterns used in the making of American quilts, reflecting our colonial relationship with United States flags and showing two sides of the coin. 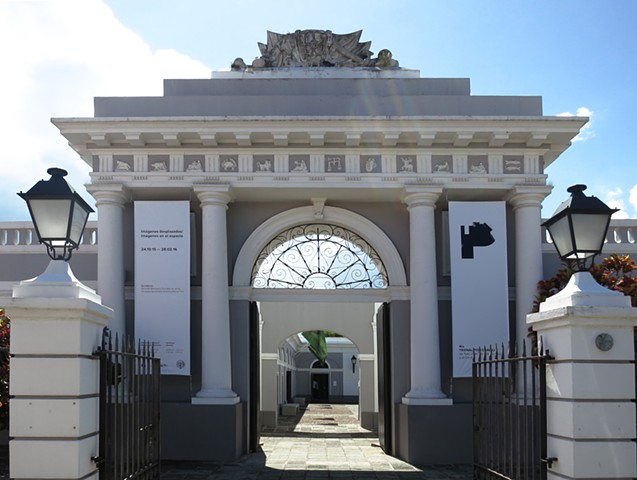 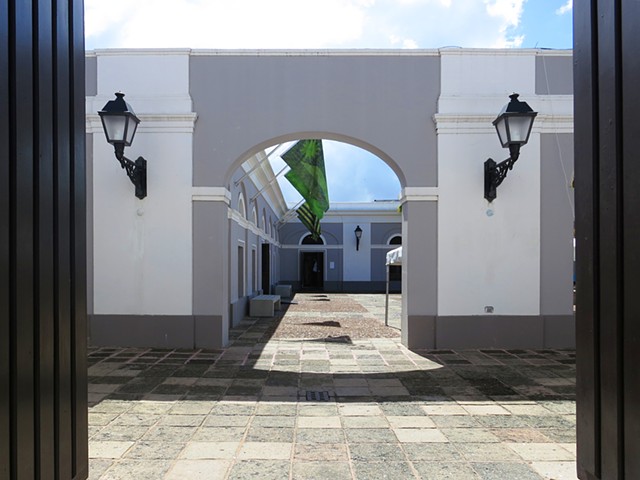 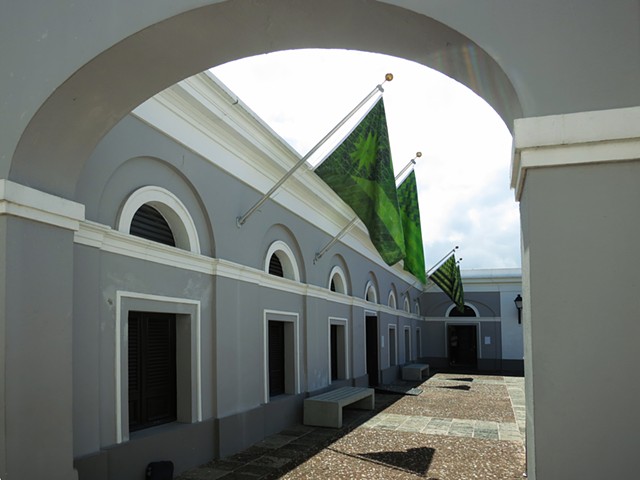 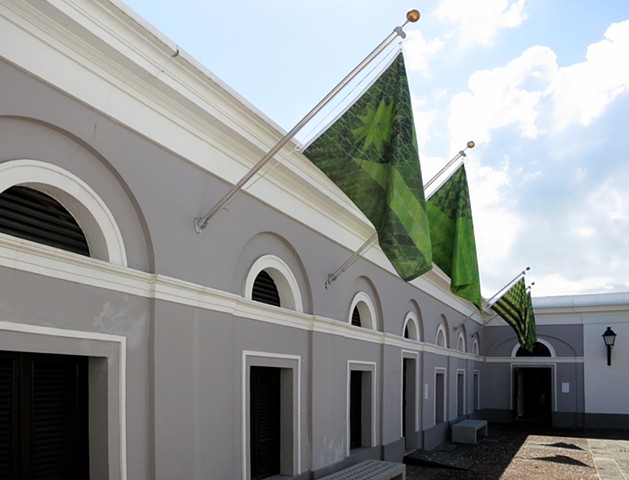 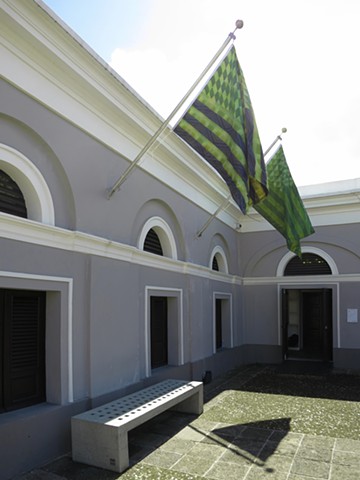 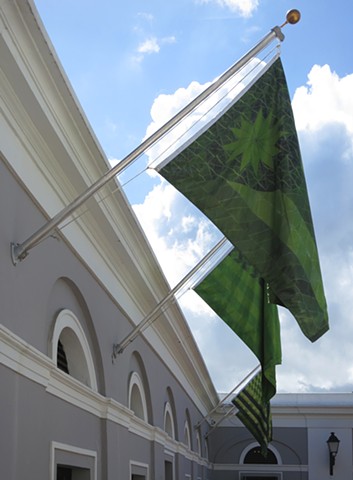 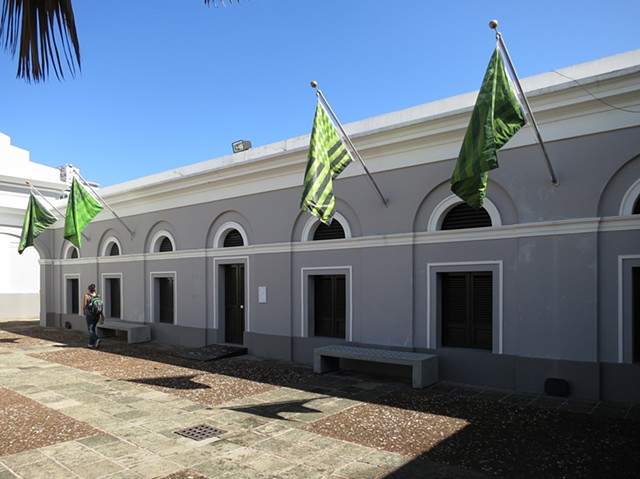 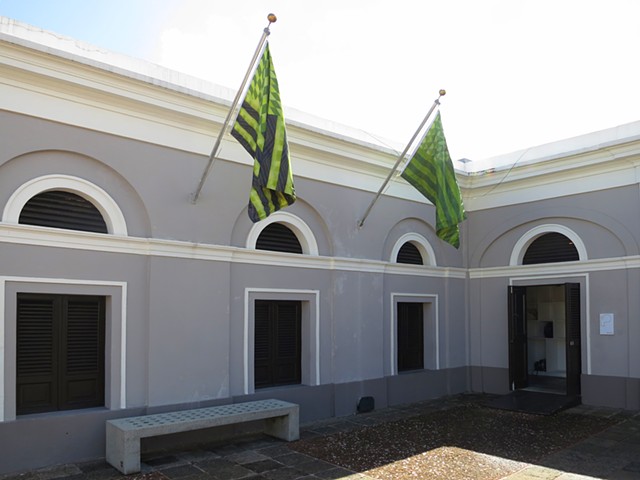 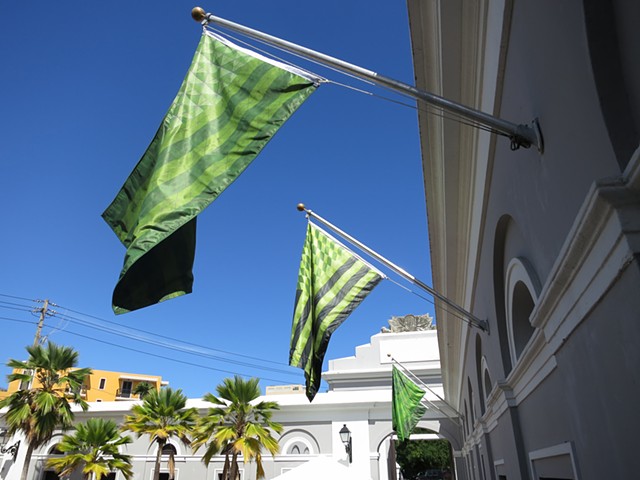