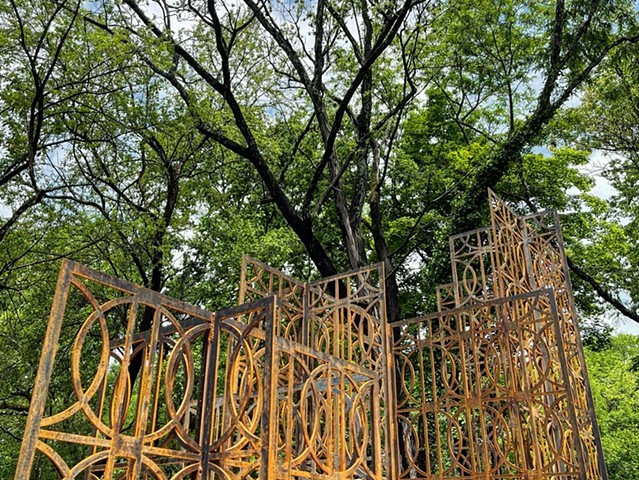 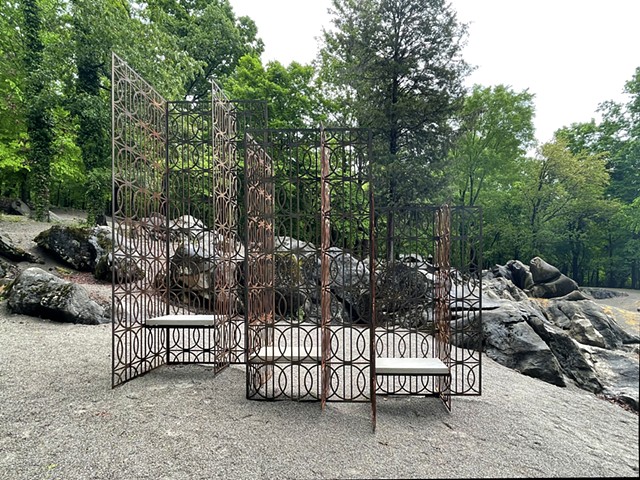 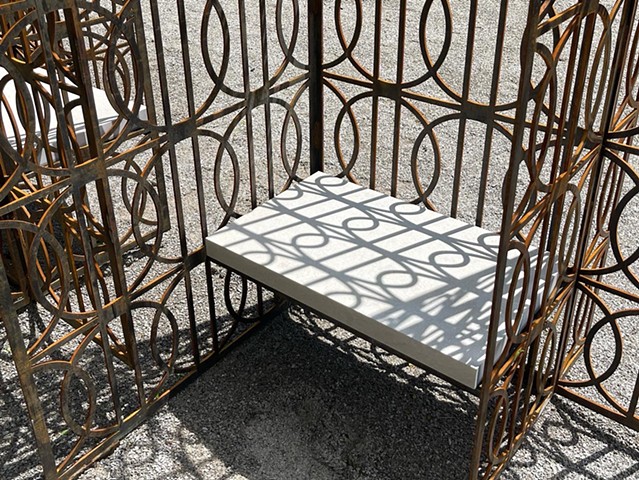 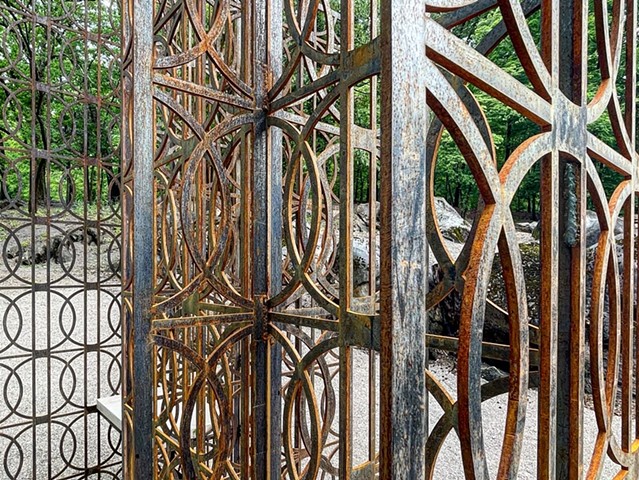 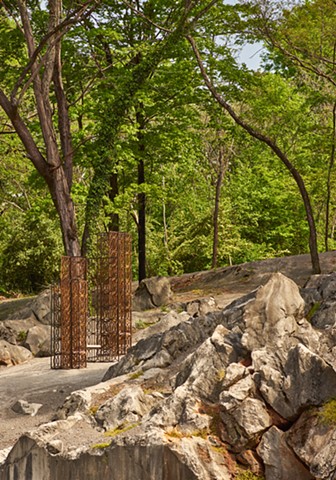 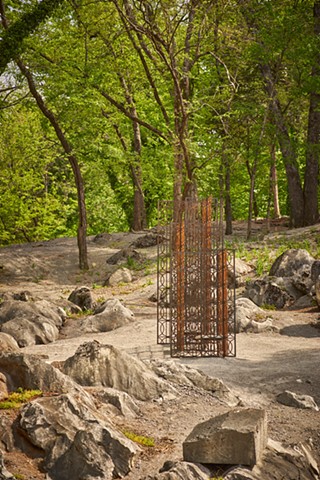 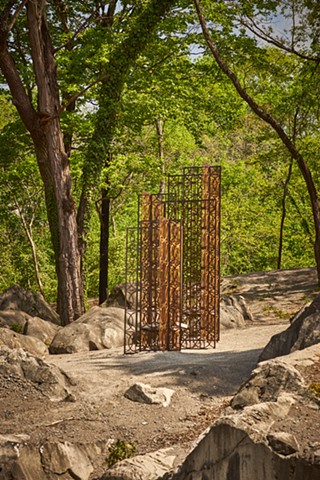 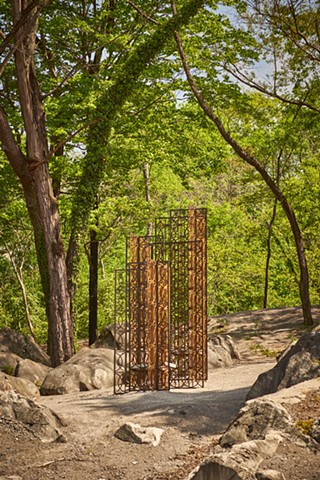 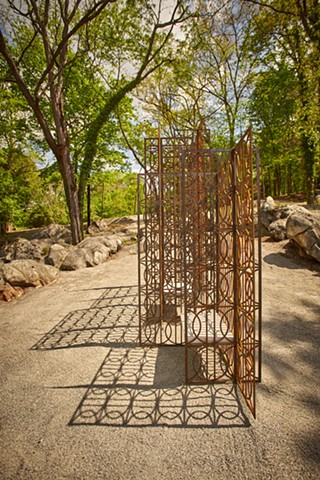 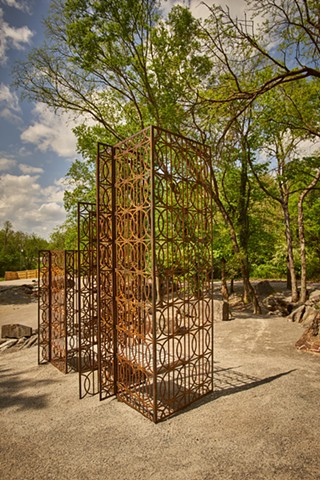 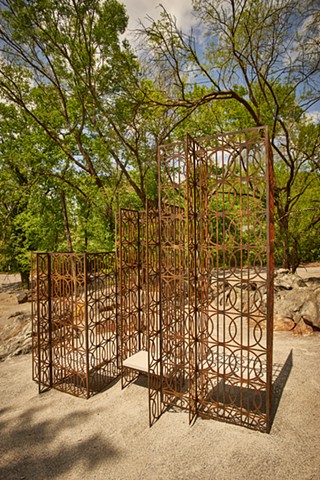 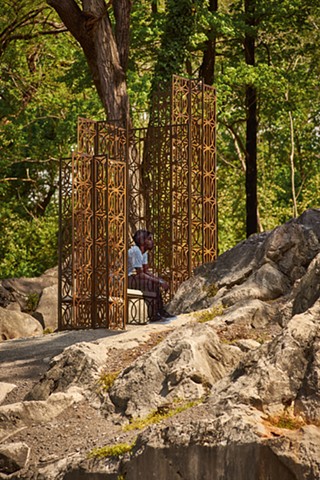 Two and a half years in the making, Graft|Knoxville, sited at the former Morrow’s Quarry (located on the western portion of the UTGA&EC) consists of three interrelated Corten steel bench modules and includes three polished white marble benches, cut from an abandoned block from the quarry site. Soto’s sculpture incorporates the geometric designs of iron Rejas screens popular throughout her native Puerto Rico.

Edra Soto’s internationally recognized work is transformative. Her use of the Rejas form is at once expansive and personal in scale. Throughout the course of her work, Soto has engaged the public through many architectural interventions. For Graft|Knoxville, she responded to the rolling topography of the sculpture site with a work that anticipates visitors and offers a space of contemplative rest. We worked closely with Edra to create a piece which is an adaptation of the Graft series that’s specifically suited to the unique history of this East Knoxville site.