Edra Soto’s 2004 Documentation Project: A Year in Review consists of two projects, Ornamentos and Landfill, which takes place in and around Gallery 400. Ornamentos is a detailed documentation of popular culture inspired by Mexican folkloric art. Over the course of a year, Soto traced 365 newspaper images, one per day, from publications such as El Nuevo Dia in Puerto Rico and the Chicago Sun-Times, directly onto sheets of metal. Also featured are twelve line-drawn wall murals highlighting individual ornamentos from every month. Derived from the engraved Saints Without Body, the Ornamentos are presented on sheets of metal in a repose style and in a small scale. The Saints and the Ornamentos have in common a fragile, mundane, and somewhat kitsch physicality paired with unexpectedly insightful content. The Saints are custom made for a person who has passed away to commemorate his or her death. What Soto represents in the Ornamentos are records of daily news, not limited to a portrait representation, but rather to everything that she decided to give meaning to through this ritual of selective inclusion of historical data.

The Ornamentos’ dimensions are a maximum of ten inches by ten inches and a minimum of one and a half inches by one and a half inches. The sizes of the images selected were not altered. The result was a transfer—a direct tracing from the picture selected from the newspaper. Then this image was given the title of the headline under which it was found. The titles are presented in a compendium similar to a statistics book and categorized through color. A color code legend was placed towards the beginning of what became an immense grid. Gold covers entertainment news, silver world news, and copper national news.

The gathering of information was gradual and accumulative (day by day), taken from a single source, and it was relevant to the place where the artist was living at the moment. Through this manner of gathering information from selected newspapers, Soto became (symbolically) what she called a narrow-minded historian.

In the Landfill project, after having dissected, quoted, and traced the daily news throughout the year, Edra Soto and Rodger Cooley buried the remains of the newspapers utilized in Soto’s Ornamentos project. Gallery 400’s front lawn was transformed into a landfill displaying the contradiction of preserving history by burying it.

According to Terrence Hannum:

Even for pasts that were not a direct part of our experience, such as a national or international event, a readily accessible image often remains. Or as Jean-Paul Sartre writes in Being and Nothingness, “The past is present and melts insensibly into the present.” Edra Soto provides a document of the past in which she buried the year. What remains are her translations of their contents littered throughout the gallery. Soto’s evidence is similar to the single images that occupy columns of newspapers, but hers is injected with bits of manipulation, translation, and an ever-helpful assertion of the individual. Soto’s assertion of an individual, herself, in the scope of a year’s journalistic history provides an element of proper perspective.

2004 Documentation Project: A Year in Review was commissioned as one of the projects in the 2005 At the Edge: Innovative Art in Chicago series. 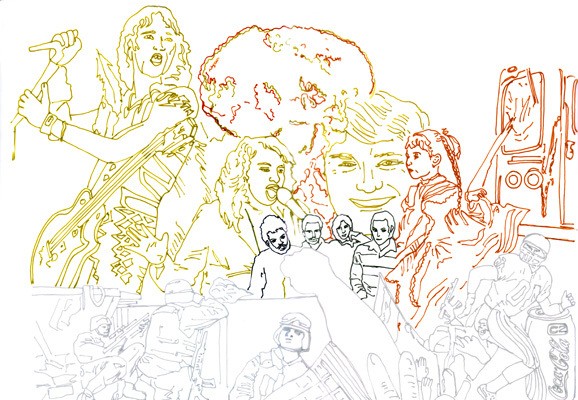 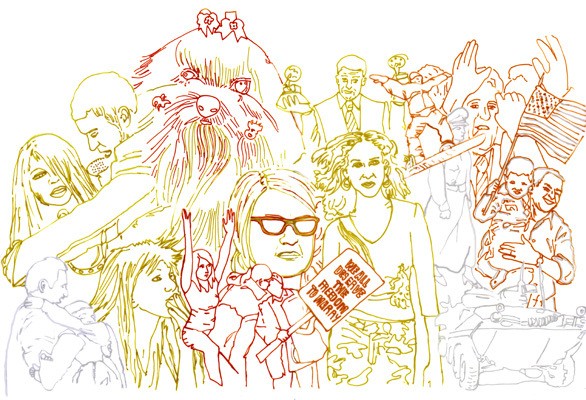 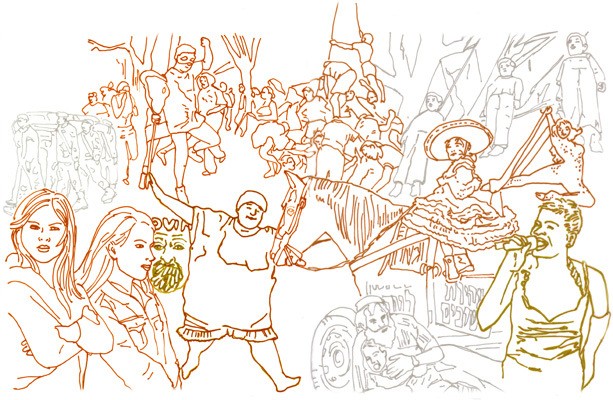 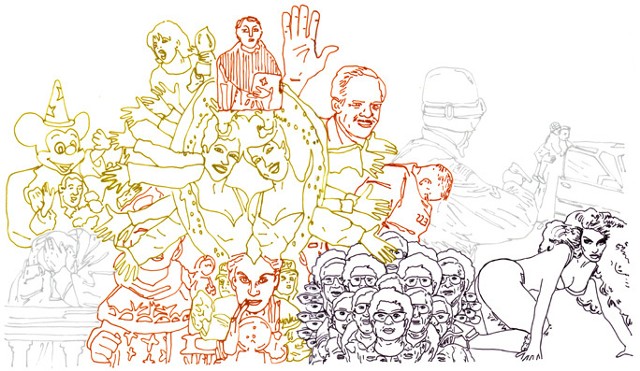 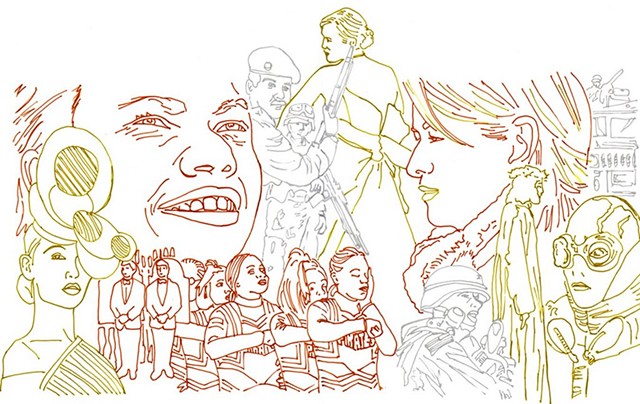 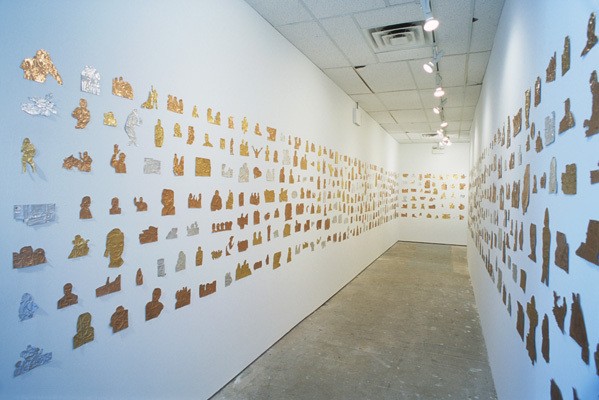 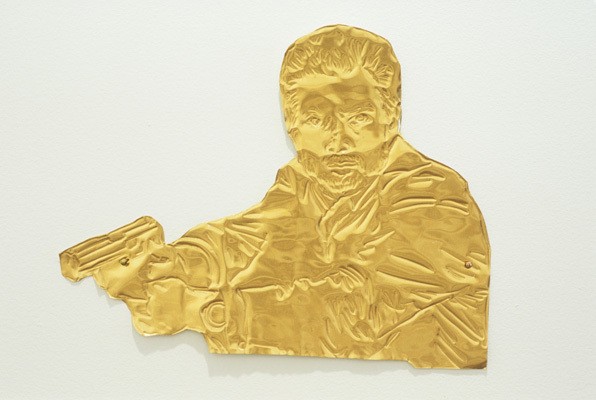 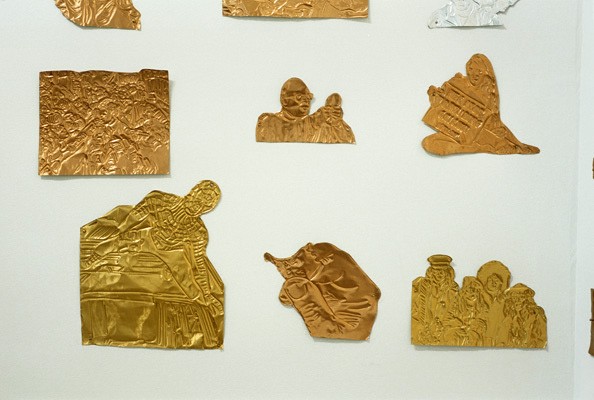 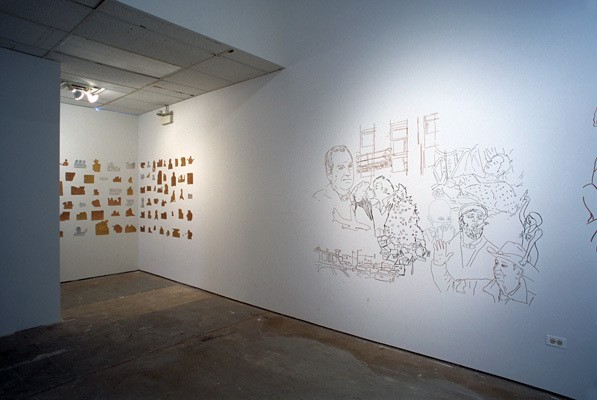 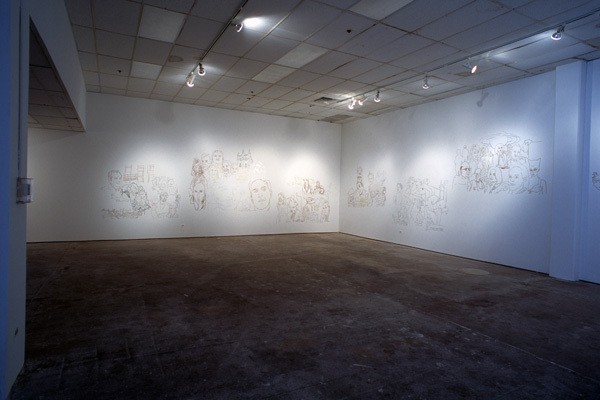 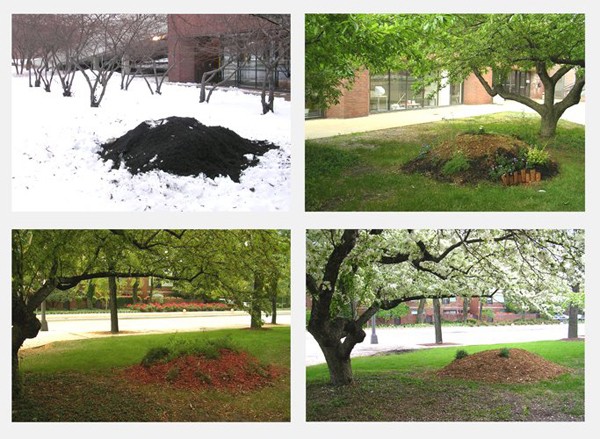