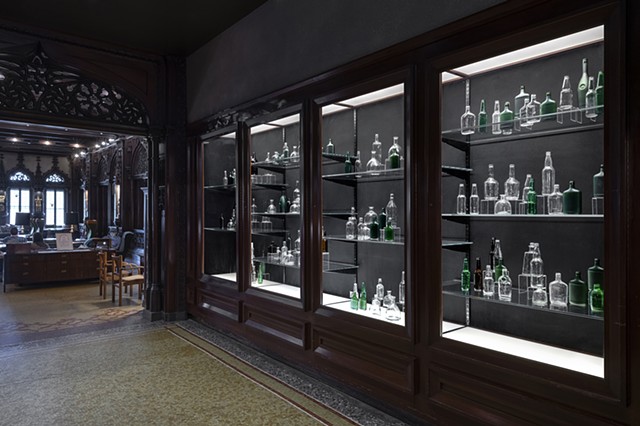 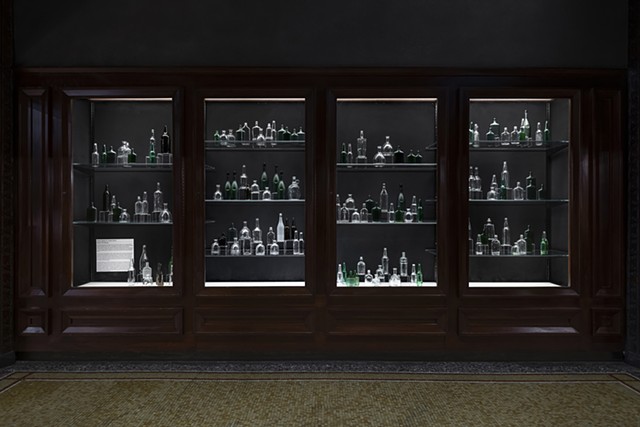 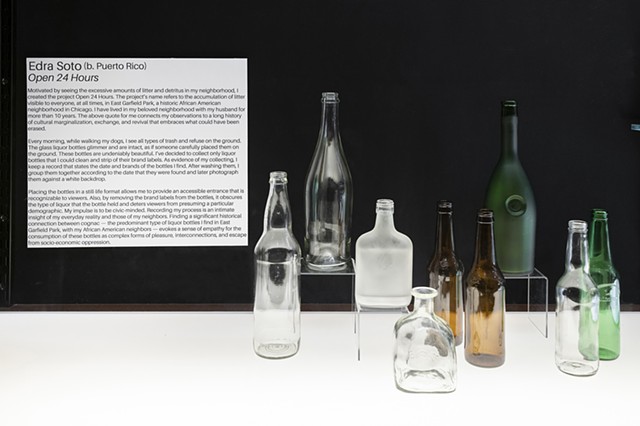 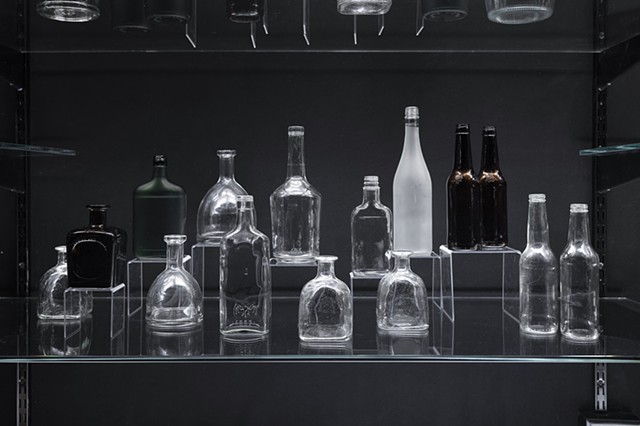 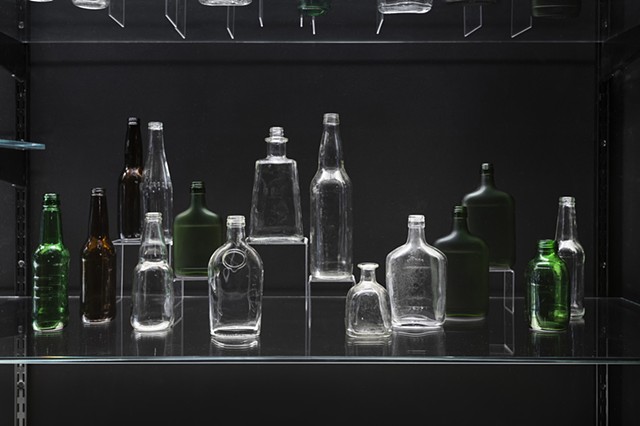 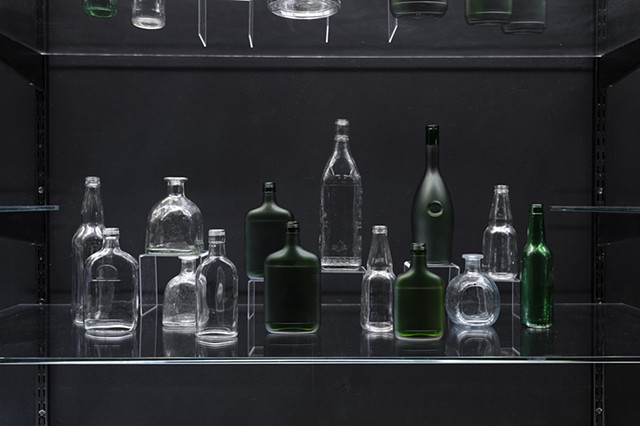 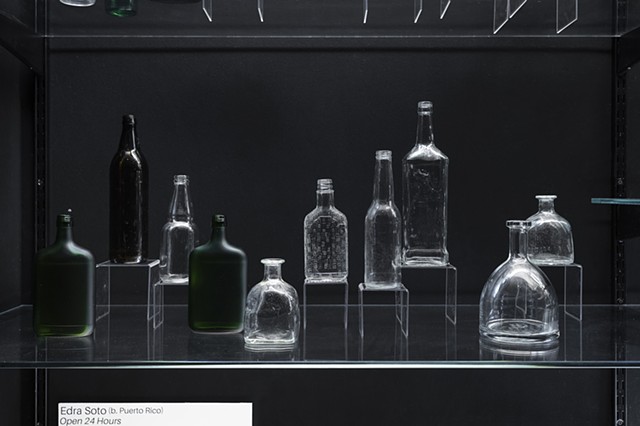 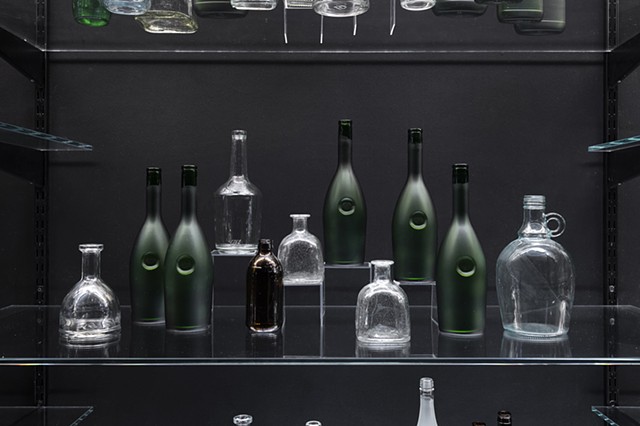 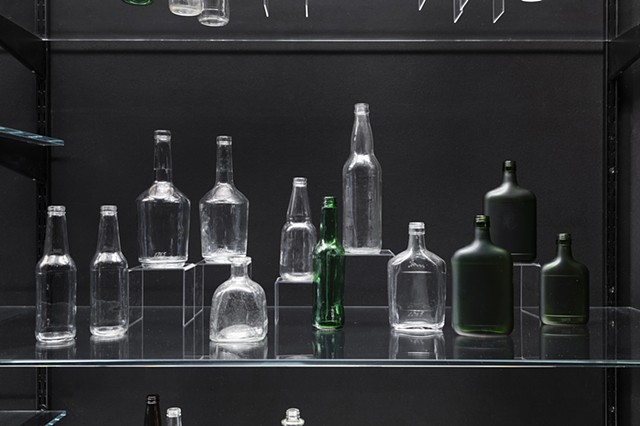 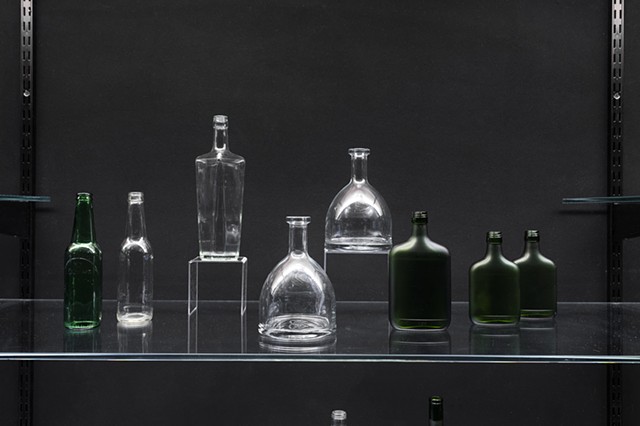 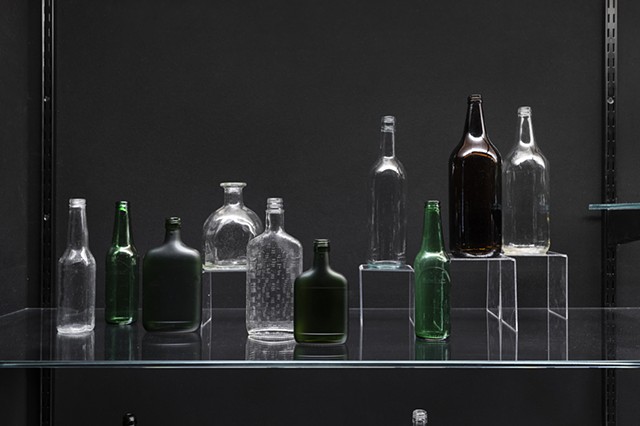 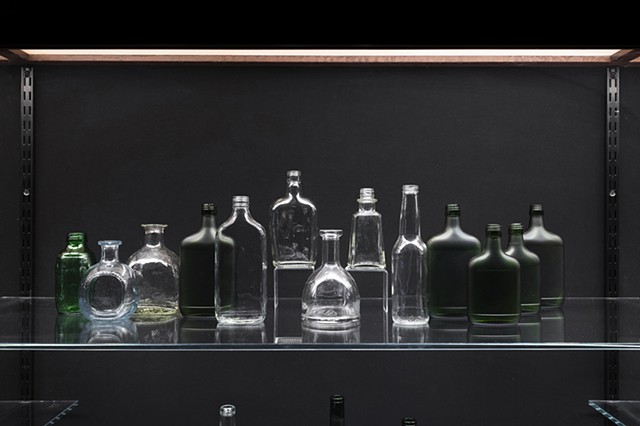 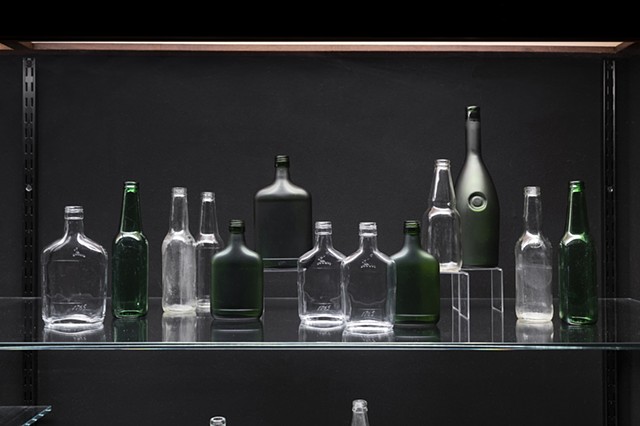 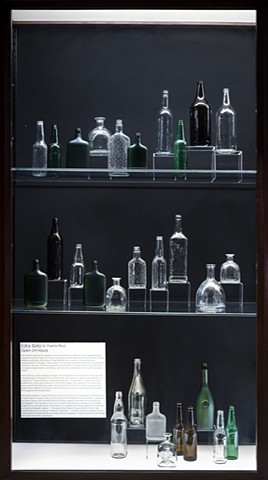 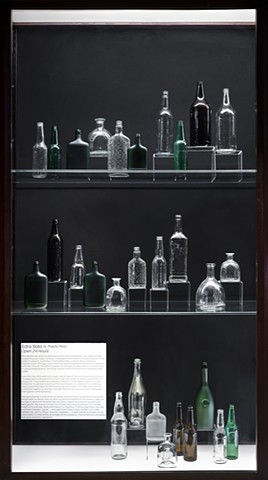 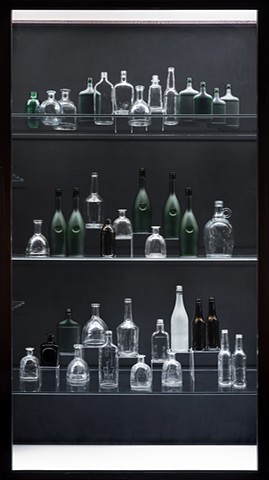 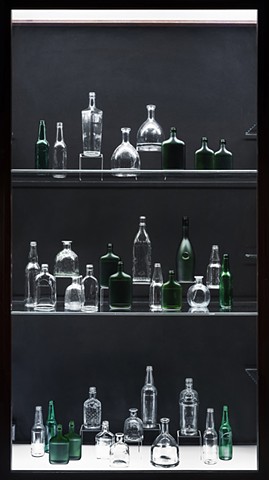 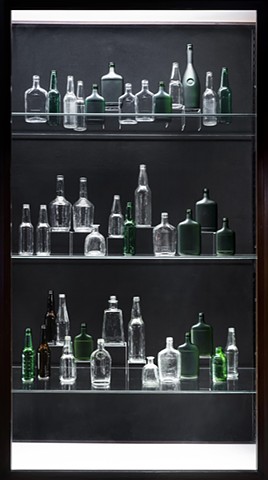 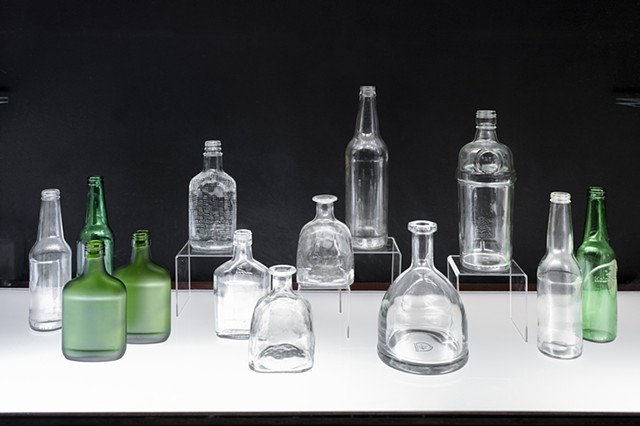 OPEN 24 HOURS is a response to the littering of bottles in artist Edra Soto’s neighborhood and how it relates to the historic connection between African Americans and cognac through its genesis in the 1930s to contemporary repercussions instigated by hip-hop and rap culture.

“Cognac’s relationship with African American consumers started later, when black soldiers stationed in southwest France were introduced to it during both world wars. The connection between cognac producers and black consumers was likely bolstered by the arrival of black artists and musicians... France appreciated these distinctive art forms before the U.S. did, continuing a French tradition dating back to Alexis de Tocqueville of understanding aspects of American culture better than Americans did. For African Americans, the elegant cognac of a country that celebrated their culture instead of marginalizing it must have tasted sweet ... During the 1990s, cognac sales were slow, and the industry was battling an image populated by fusty geriatrics. Then references to cognac began surfacing in rap lyrics, a phenomenon that peaked in 2001 with Busta Rhymes and P. Diddy’s hit “Pass the Courvoisier,” causing sales of the brand to jump 30 percent. During the next five years, other rappers teamed up with brands, and increased overall sales of cognac in the U.S. by a similar percentage, according to the Distilled Spirits Council of the United States.”

—Reid Mitenbuler, author of Bourbon Empire: The Past and Future of America’s Whiskey

The above quote connects her observations to a long history of cultural marginalization, exchange, and revival that embraces what could have been erased.

Through this project, Soto’s alcohol glass bottle archives presents archaeological evidence of her surroundings and how the refuse material coincides to a history of affiliation as a sign of democracy and acceptance. The visualization of the vast amounts of refuse also serves as a reflection on the complex role of alcohol in our society.

Refer to the pdf (also on the PDF page) to view the original documentation source: img-cache.oppcdn.com/fixed/59663/assets…